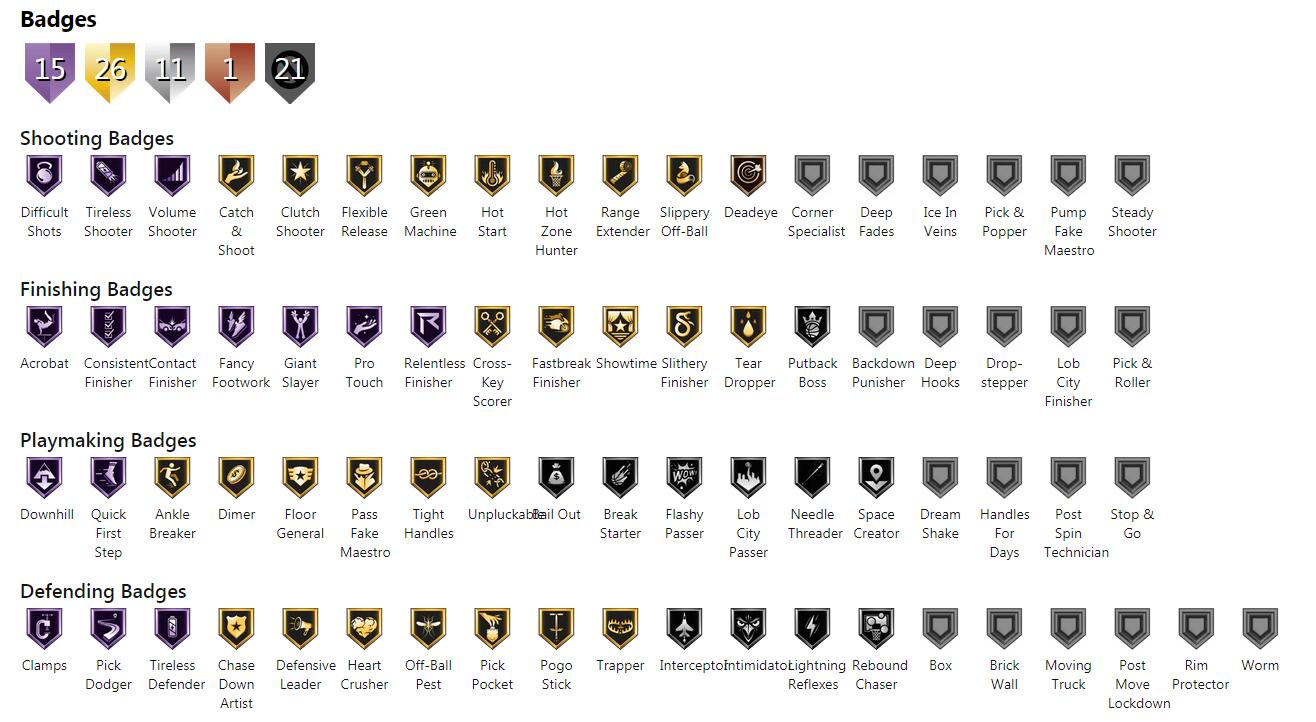 This season's 40-level reward player is Dwyane Wade, and it is a 97-scoring Galaxy card, which also indicates that 2K21 is about to enter the Galaxy stage. There is nothing to say about this Galaxy Wade, the badge attributes are currently the top, with a purple first step and death coil, and it can also play PG, which will significantly enhance the value of this Wade.

The Magic's Aaron Gordon is the final reward of this season's weekly game and requires six rings to redeem. This Gordon has no apparent shortcomings from the attribute point of view. Whether it is a three-point dunk, or body and defense, it is quite good. Although the height of 2 meters 06 is slightly shorter in PF, it is appropriate to play in SF. 10 purple medals. Gordon is similar to Griffin in terms of body characteristics and attributes, and it feels a bit duplicated with last season's full-level rewards.

The first pink diamond is the reward for this season's online unlimited game. You need at least 68 wins to take it home. First of all, it’s good that this card can play SG, and the offensive and defensive ends are very balanced. There are five defensive purple medals, including Death Coil. It feels much better than Pierce and Ewing before. Friends with strength can rush In a rush, and it seems that from the beginning of this season, 2K has gradually released the restriction of attributes, and various supermodel cards are about to debut.

Connie Hawkins is the grand prize of the brand flipped this season. This card looks pretty good. Except for a slightly lower three-pointer, the physical fitness and inside scoring are outstanding, but whether you can get it depends on luck. I didn’t last season. Withdrawing that Bob Love, there is no hope this season.

The exchange this season is still so tasteless. The three new players are Pink Diamond Brand, Diamond Westphal, and Blue Rose. Among them, Brand’s attributes are as shown in the picture above, and there is nothing extraordinary. Place, and can't shoot three points. Although the redemption conditions are not too high, they are still worthless. In particular, the requirement for 7 "Original Owners" Clippers players is disgusting.

Mike Finley is a single-player three-threat for 600 wins. This card has a good offense, giving 93 three-pointers, and has six shots, but the defense and physical fitness are average. Finley is also an old reward card in 2K. The strength can only be regarded as entirely satisfactory. After all, the single-player three threats are white prostitution, and 2K will not put too many rewards here. By the way, I have only played 150 games with 33 single players.

How to Defend the NBA 2K21 Invincible Antetokounmpo

For players who like to play NBA 2K21, Antetokounmpo is simply an invincible BUG, ​​and his attributes are very abnormal. So what if you meet Antetokounmpo in the battle? How to defend Antetokounmpo? Let NBA2K21MT lead everyone to take a look!