In fact, the player card rhythm of NBA 2K21 is quite good. It was not until the end of the third season that a few Galaxy player cards were released. However, this also caused a few mentions of this season's pink diamond bonus cards, such as limited time games. The pink diamond Gordon and the pink diamond Iguodala of the Infinity Tournament are actually good players, but it is difficult to appear in the current top team. As for the brand-turned Grand Prix Hawkins and the stand-alone 33 Finley are completely tasteless, the pink diamond Embry is very good.

Since then, the five Galaxy lineup promised by 2K at the beginning of the season was officially born. The guard line is the most difficult to get Baron Davis and the season reward Wade. The inside line is the idol series locker Webber and the Lakers' Chamberlain. The number is the reward for Lord Belle in the dominance game that requires evolution to become the galaxy. 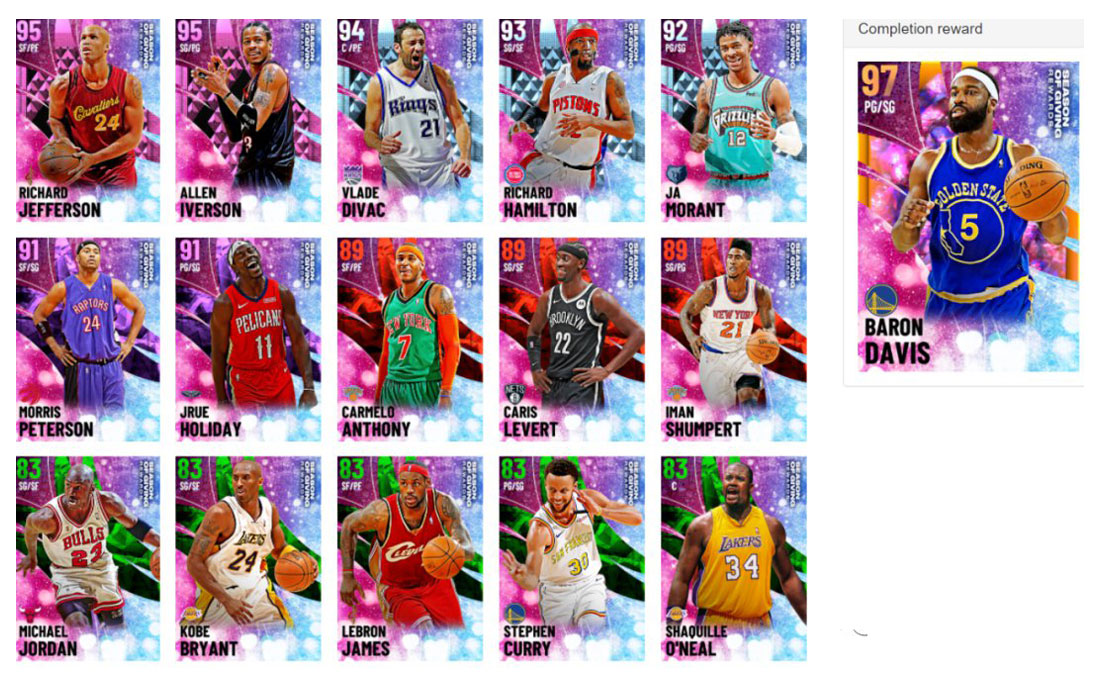 The most difficult to get the first-generation beard of the Baron Davis, I hope that there will be no such cumbersome operation next season. Even if I have it, I won't be killed.

As a newly launched gameplay this year, the exchange is really cold. These three trading cards are very tasteless, namely Pink Diamond Captain Brand, Diamond Westphal, and Blue Carcross. The sneakers and contract are still not updated. Dare to put a Galaxy card in next season ! PS: Westphal passed away a few days ago, RIP.

The token market so far is also tasteless, but this situation should be relieved next season, it is estimated that the Galaxy token should be updated this time.