In the NBA 2K21 MT mode, players will compete with other players in 3V3. At present, some of the 3V3 Challenge missions have also been announced. Please see the list of online 3V3 tasks in the NBA 2K21 MT mode shared by NBA2K21MT below. I hope to provide some help to all players.

The above is the online three-threat mission of this update. It is a routine with the previous single-player three-threat. You first get the players in the wins and then use the players to do the tasks. The missions give you a lot of experience. If you want get Griffin's still need to take it. It seems that the second season wants us to play 3V3 for a long time.

The picture below shows Mobley’s attributes, good shooting but defensive crotch. The only purple chapter is to enter the rhythm. The effect is not apparent. 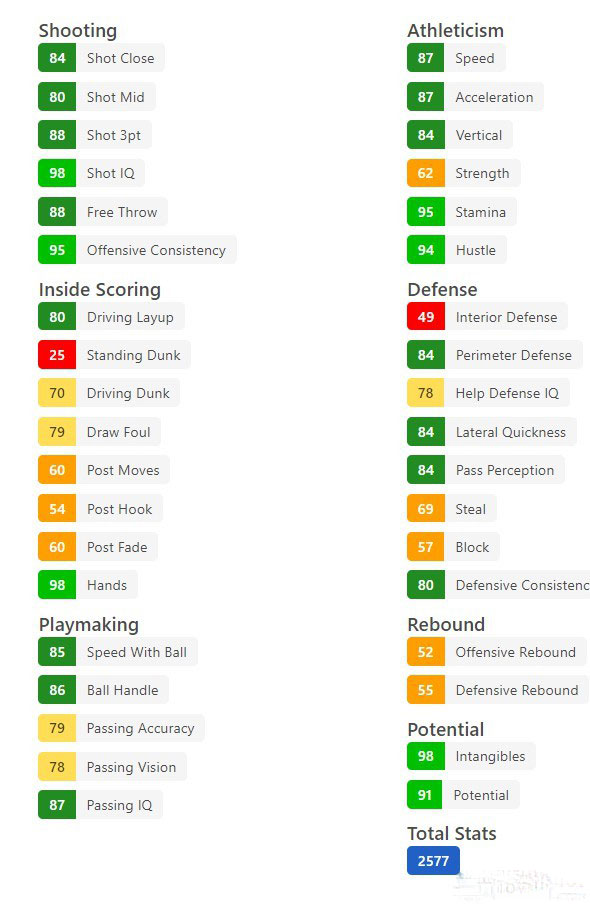