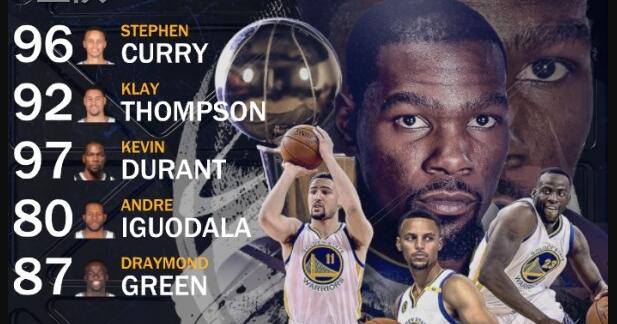 The Warriors' most potent form, after experiencing the baptism of "73 wins total runner-up", the comeback Warriors did not achieve the 15-16 regular season winning rate, and finally defeated the Cavaliers with a total score of 4:1.
Starting lineup: Stephen Curry[96], Claytown Pusen[92], Kevin Durant[97], Andre Iguodala[80], Draymond Green[ 87] 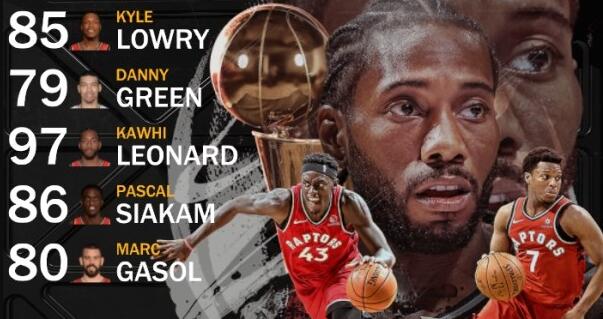 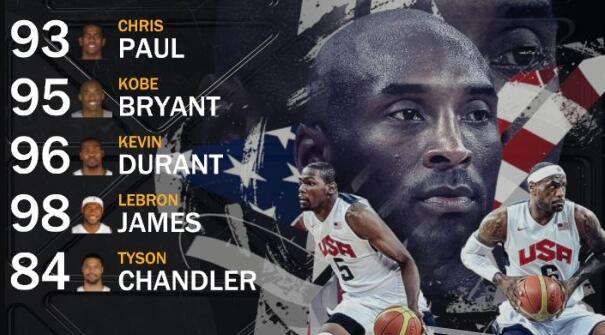 In the 2012 London Olympics, the "Dream Ten" defeated the Spanish men's basketball team with an undisputed advantage and successfully defended the Olympic men's basketball championship. This dream team brings together the veterans of the Beijing Olympic Games, such as Kobe and James, and the newcomers of the World Championships in Turkey, such as Durant and Westbrook.
Starting lineup: Chris Paul [93], Kobe Bryant [95], Kevin Durant [96], LeBron James [98], Tyson Chandler [84] 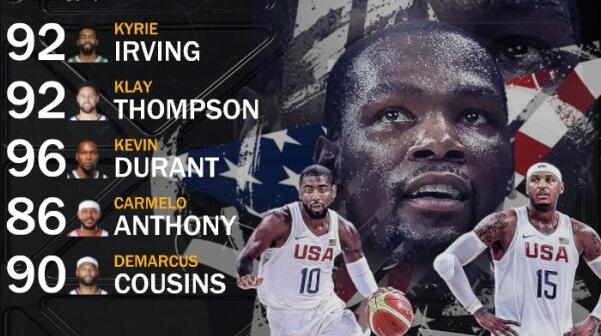 Only Durant and Anthony have Olympic experience in the "Dream Twelve Team," and the rest of the players have participated in the Olympics for the first time. In the last three games of the group stage, Dream Twelve only won by 10, 3, and 3 points against Australia, Serbia, and France. However, he quickly found his status in the knockout stage. After defeating the old rival Spain in the semifinals, he defeated Serbia and won the gold medal.
Starting lineup: Kyrie Irving [92], Klay Thompson [92], Kevin Durant [96], Carmelo Anthony [86], DeMarcus Cousins ​​[90] How to Improve your NBA 2K21 Shooting

NBA 2K21 provides us with a new shooting meter with a new set of controls. Players will have to focus more on timing when pitching. Do you want to know why? Because if you step up time, the ball will miss everything. Yes, there may be actual flying balls in the latest games of the NBA 2K series. NBA2K21MT reviewed every version of NBA 2K, from the initial 2K release to the present, to see who is the highest-rated player in each performance.